Doug Ramsey: “This Christmas album is a joy.” 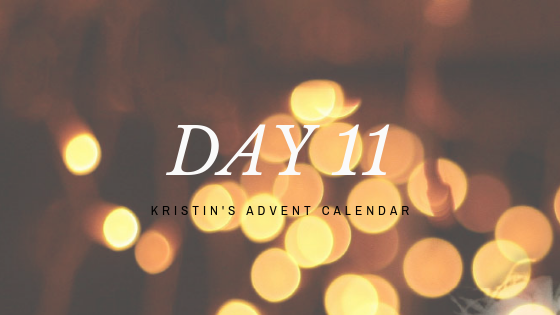 I first met Doug Ramsey shortly after I started teaching at Central Washington University. During my time there, I got to know him and his family, play some jam sessions, and talk about music. He knows his stuff and he’s deeply passionate about the music.

Doug is a recipient of the lifetime achievement award of the Jazz Journalists Association. He lives in the Pacific Northwest, where he settled following a career in print and broadcast journalism in cities including New York, New Orleans, San Francisco, Los Angeles, Seattle, Portland, San Antonio, Cleveland and Washington, DC. His writing about jazz has paralleled his life in journalism.

I’m posting his full review here, but I encourage you to check out his blog. Through his engaging writing, you’ll discover new music and a gain a deeper understanding of musicians you dig.

From her assertive opening bass statement, Kristin Korb, her trio and an intriguing guest soloist set a high standard for 2018 holiday jazz. Their album is more than an hour of classic songs balanced with less familiar ones. As ever in her bass playing, Ms. Korb’s Ray Brown lineage is apparent as she provides the trio’s strongly felt and heard foundation. She tempers the softness of her singing with phrasing and bluesy note treatments that emphasize the extent of her immersion in the modern jazz tradition. Nowhere are those attributes more evident than in “Santa Baby,” the sultry song that Eartha Kitt made a hit in the early 1950s. For this album Ms. Korb adds another young Dane to her established trio with pianist Magnus Hjorth and drummer Snorre Kirk. Mathias Heise’s harmonica virtuosity is leading jazz observers in Europe and elsewhere to mention him as a successor to the late Toots Thielemans. His work with the group he calls the Mathias Heise Quadrillion have come in for extensive critical praise.

Fast tempos intimidate Heise no more than they do Ms. Korb. On Irving Berlin’s “I’ve Got My Love To Keep Me Warm,” for example, she scats to a faretheewell with no evidence of strain. Following Hjorth’s lightning piano solo, Heise and leader perform a series of unison voice-harmonica riffs, then they exchange breaks with drummer Kirk. She finishes the song sounding relaxed despite the rapid pace, and the trio ends the track with an emphatic—even emphatic— chord. With Korb and company, not all is excitement; far from it. They take another treasured holiday standard for a leisurely stroll. Well, it’s leisurely except that the stroll through “Winter Wonderland” has drummer Kirk chattering rhythmically in the background, as if he were indicating points of interest along the snowy path.

Among the ballads, Vince Guaraldi’s “Christmas Time Is Here” stands out for the nostalgia in Ms. Korb’s delivery of Lee Mendelson’s lyric from a treasured 1965 Christmas television film populated by Charles Schultz’s Peanuts characters. She uses Dave Frishberg’s soothing melody and lyric of “Snowbound” for an effective bit of romantic storytelling and clever scatting that leads to equally incisive solos by Hjorth and Heise. Ms. Korb and the rhythm section take great advantage of the harmonies of the French traditional hymn “Angels We Have Heard On High,” in which Heise’s harmonica expands on the exuberance in the bossa nova rhythmic pattern of Kirk’s drumming. Korb’s bass solo and her bass line behind Hjorth’s piano and Heise’s harmonica solos are the high points of “We Three Kings.”

Ms. Korb calls on Irving Berlin for a second time. Slow, reflective and delivered with vocal purity, her “Count Your Blessings (Instead Of Sheep)” is as affecting as when Bing Crosby and Rosemary Clooney first sang it in the 1954 film White Christmas. This Christmas album is a joy.

“That Time of Year” was made to celebrate the holidays, but also to listen to any time you need a little pick-me-up. Gift yourself with a bubble bath for the ears.