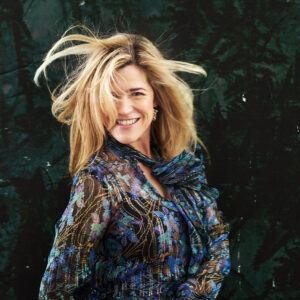 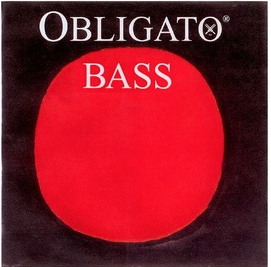 Owning my Morelli bass since 1992, there isn’t a string that sounds or feels better on it than my Pirastro Obligatos. For my travel bass, I’m sold on Evah Pirazzi. These strings hold up extremely well to the fast transition between bass assembly and concert time. I’m a proud endorser of Pirastro Strings.

Bass Amplifier: Depending on the situation, we feed the bass microphone out to the house and use the bass amp as our stage monitor. I like using Acoustic Image. It is light and sounds great.

Microphones: My husband founded DPA microphones, so I realize that I’m probably a little biased. While he’s no longer affiliated with DPA, we still use primarily DPA for everything from my voice to my bass and the rest of the band. (no endorsement)

Vocal Monitor: No matter where I travel, I have my TC Helicon Voicesolo FX150 with me. There are always places that either don’t have a monitor or they are lacking reverb for the voice. With the monitor, I have it all with me and I can control the sound myself. (no endorsement)

Sound Gear: Traveling to venues of varying sizes, there are times when the sound board is in a “less than convenient” location. We travel with the QSC TouchMix-16 to avoid problems. Morten can control it with his iPad and plug into the existing sound system. It has been a real life saver. We also have QSC speakers for the rare occasions when we have to bring our own stuff. The sound is killin’ and it is easy to haul around.

There are few bassists who can sing and there are even fewer who can do it well. Kristin Korb is one of those artists who make you forget that she is playing the bass when you hear her crystalline voice. Inspired by the days when music was romantic and made you want to dance, Kristin and her trio embody that spirit and carry their audiences along for the ride. Love eventually brought the American bassist and vocalist to Denmark in 2011.

In 2021, Korb released a double CD entitled “What If? / Why Not?” reflecting the pop and jazz sides of Korb’s personality. On “What if?”, Korb departs from her Great American Songbook tradition and dives deep into the exploration of pop tunes that burst with Korb’s trademark exuberance and inspired arrangements.

The notion of covering pop tunes isn’t a new one for Korb. “I’ve been adding pop tunes (and songs I consider more pop-ish) to my repertoire for a few years now, primarily because of the specific requests of a concert promoter. She loves good stories as much as I do, and she has thrown me some interesting puzzles to solve. They aren’t songs I would normally select given my proclivities, but they have become some of my favorites.”

The flip side of “What If?” is “Why Not?”. It features Korb’s love of foot-tapping standards and lesser known gems with the intimate feel of an “unplugged” album. This is your personal invitation to join the party.

In comparison to “What If?”, Korb’s arrangements are more straight ahead and less elaborate. They tend to lean on the tradition of feel-good swing. “It has been difficult for me to articulate my thoughts about ‘Why Not?’. One part of me feels like I didn’t do enough for this side. I didn’t make any crazy arrangements and the process in recording these tracks felt ‘easier’ in some way, almost like a sigh of relief in being able to re-connect with my bandmates again. Together, we celebrate a lifetime of great music making, being present in the moment, and being there for each other. Isn’t that enough?”

Korb’s familial connection to her bandmates Magnus Hjorth on piano and Snorre Kirk on drums is clear from the first beat.  Joining Korb’s trio are Swedish saxophone titan Karl-Martin Almqvist, Danish trombone master Steen Nikolaj Hansen, and Denmark’s young lion on harmonica Mathias Heise. The touches of percussion by Tira Skamby and Aaron Serfaty give an extra sparkle to the project.

Korb earned her Music Education degree at Eastern Montana College and her masters in Classical Bass Performance the University of California, San Diego. It was while she was a student at UCSD that her professor, Bertram Turetzky inspired her to sing and play bass at the same time. She also studied with Ray Brown, with whom she made her recording debut, Introducing Kristin Korb with the Ray Brown Trio released in 1996.

She has taught at the University of Southern California where she was coordinator of vocal jazz studies, Azuza Pacific University, Grossmont Community College and was Director of Jazz Studies at Central Washington University. Korb is still very involved in educational outreach and teaches at universities, jazz camps and festivals with young students.

As President of the International Society of Bassists, Korb was artistic director for the 2013 ISB Convention in Rochester, NY (Eastman School of Music).

She now lives in Denmark with her Danish husband. When she’s not playing music, Kristin enjoys going to the gym, maintaining her position as family salad ninja, and exploring the world of wine tasting through travel.