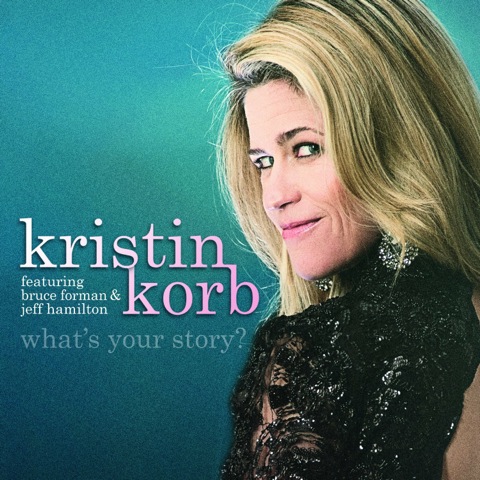 Thanks to Christopher Loudon

Though many a fine bassist—Jay Leonhart, John Miller and Clipper Anderson among them—occasionally sings, Kristin Korb numbers among the rare few who excel at both. When Korb launched her recording career in 1996, she ceded bass duties to her mentor and hero, Ray Brown. Since then, across five albums including What’s Your Story?, she has accompanied herself, maintaining a distinctly Brown-tinged bass style.

As a singer, the Montana-born Korb seems of the same school as Tierney Sutton (who hails from Nebraska), her sunny wide-openness enticingly shaded by a faraway hint of dark clouds. And though Korb tends to be vocally looser than Sutton, they also share an ability to sidle up to a song, size it up and, with vaguely cynical cautiousness, nail its emotional heart.

Working in the sparest settings since 2004’s Get Happy, Korb fronts a piano-less trio featuring drummer Jeff Hamilton and guitarist Bruce Forman for a wide-ranging dozen tracks. As always, the focus is on standards, including a saucy “Red Wagon,” a loping “Don’t Fence Me In,” a sultry “Flamingo” and a tender “Moments Like This” worthy of Peggy Lee. Korb’s fog-bound “On Green Dolphin Street” best showcases the solidity of her bass skills. And songwriter Amber Navran’s sly, slightly stalker-ish “Always Searching for My Baby,” which finds Korb in freewheeling Annie Ross-meets-Joni Mitchell territory, demonstrates how superbly she can navigate more contemporary material.