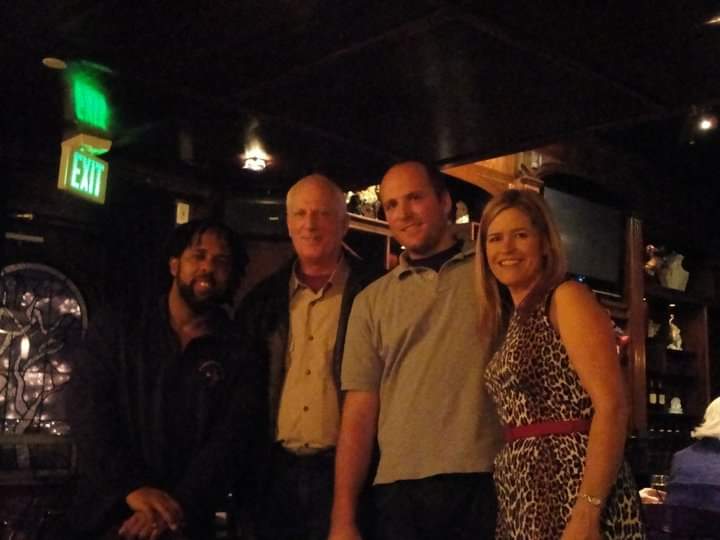 Way before the earliest days of my musical career, I’ve always been interested in “the hang”. In high school, my parents quickly learned that they shouldn’t plan on waiting for me after a concert. I would meet up with them later, at home, because I was too busy talking with everyone.

That tradition carried on into my adulthood. I love going out into the audience to meet people before the gig. It is especially fun if they have no idea who I am. We end up talking together again after the concert. I try to get names as often as I can. While I do forget most names, I’ll remember you if you show up again and remind me.

It is these human interactions that give meaning to my music. We come from so many different backgrounds, ages, lifestyles, and locations, but it is the music that binds us. We are a community.

This spring continues to remind me of that very thing. 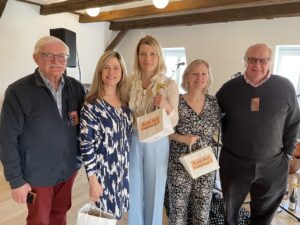 In early April, Reka and Anders made their annual trip to Denmark to hear music and they inclcuded me again in their journey.

They were responsible for bringing me and the trio over to Turku, Finland back in September. It is their passion and insistence that lovingly nudged the booker to make the move. As an added bonus, I finally got to meet their lovely wives.

Other “fans” have become students. After years of knowing each other, we become friends.

As our musicianship grows, our conversations get deeper and deeper within the music.

Tom Poyer is one of those guys.

After moving to Denmark, I only saw Tom and his wife Margie at concerts in Los Angeles. When I started my online community for lifelong learners (K-Nation) last year, I sent him an email letting him know about the platform. I didn’t hear back from him.

It was an email from a mutual friend in the jazz community that let me know that he was battling cancer. I picked up the phone and called him. He figured I was going to give him a bad time about not joining K-Nation.

I just wanted to know how he was doing.

He did end up joining us in K-Nation for our “Hump Day Hangs” on Zoom even though he wasn’t really able to play his bass anymore. Playing isn’t the important part. It is more important that we are there for each other.

There are all kinds of stories like this in the jazz community. I just want to acknowledge it and let you know how much it means to me and my life.

As Tom was moved into home hospice two weeks ago, his daughter wrote me to see if I would sing and play for his funeral. Between the distance and my own emotion, there’s no way I can make that happen. I could, however, make a recording and send that.

“No Greater Love” would have been a nice option. The Catholic Church, unfortunately, isn’t into secular material.

I wasn’t even good at singing classically when I was in university. Now, I need to bow AND sing?!

I told Tom that this task was a payback for the challenging assignments I gave him over the years.

I made a quick arrangement for 3 basses and voice, learned my parts, and recorded it. Morten (my husband and amazing individual)  mixed the parts for me and we were able to get it finished so Tom could hear it before leaving the planet. It was really important that Tom could hear the music for himself.

While I’m no Yo-Yo Ma or Renée Flemming, I have given it my best. It is raw, real, and very human.

I have no plans to release this on digital platforms or social media. This is just for you.