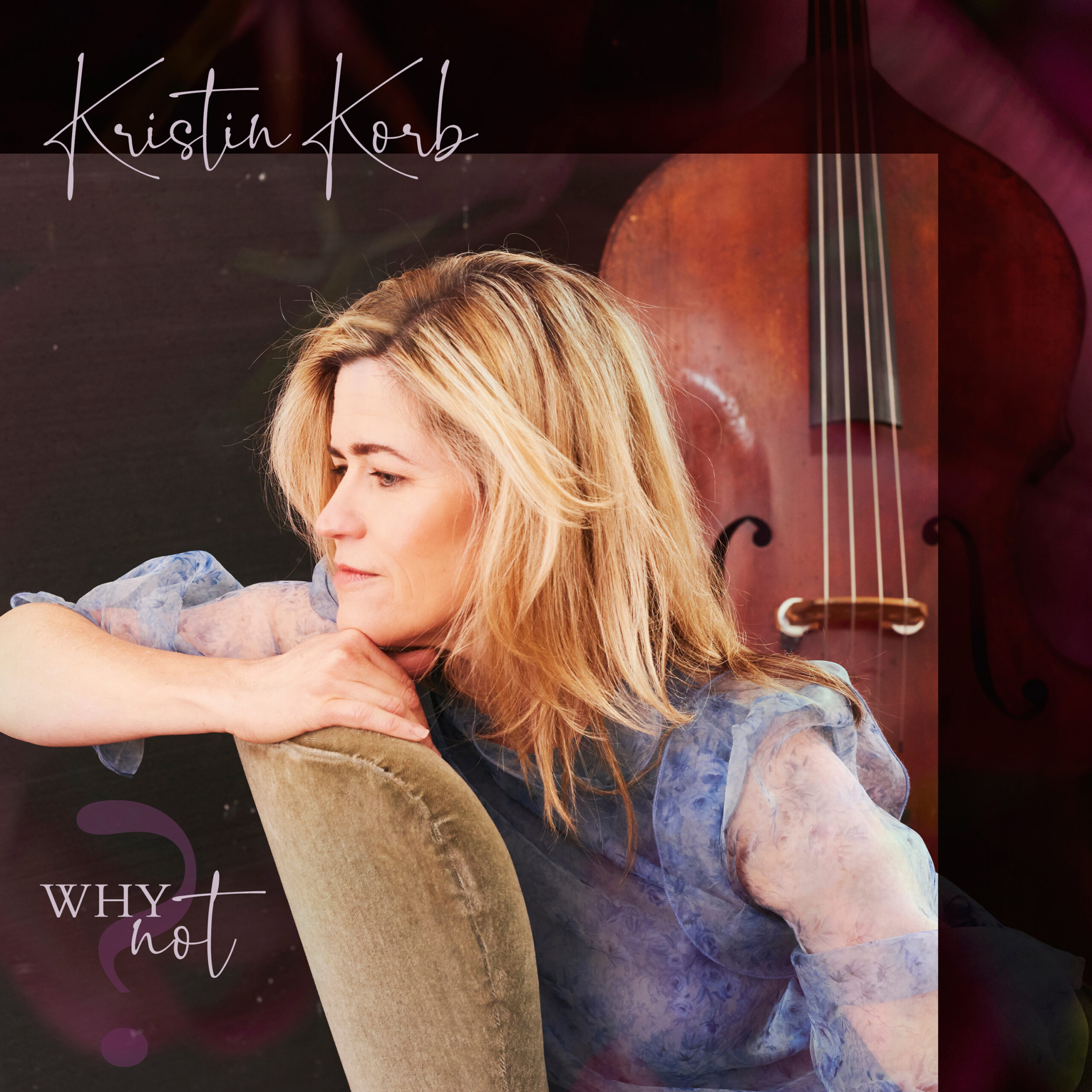 Is available in hard copy as a double CD worldwide on Amazon, HMV Japan, and Bandcamp.

The flip side of “What If?” is “Why Not?”. It features Korb’s love of foot-tapping standards and lesser known gems with the intimate feel of an “unplugged” album. This is your personal invitation to join the party.

In comparison to “What If?”, Korb’s arrangements are more straight ahead and less elaborate. They tend to lean on the tradition of feel-good swing. “It has been difficult for me to articulate my thoughts about ‘Why Not?’. One part of me feels like I didn’t do enough for this side. I didn’t make any crazy arrangements and the process in recording these tracks felt ‘easier’ in some way, almost like a sigh of relief in being able to re-connect with my bandmates again. Together, we celebrate a lifetime of great music making, being present in the moment, and being there for each other. Isn’t that enough?”

Korb’s familial connection to her bandmates Magnus Hjorth on piano and Snorre Kirk on drums is clear from the first beat. In contrast to “What If?”, this project is all about the trio and their interplay. I Surrender Dear opens with this baroque-ish chase between the instruments before exploding into an intense and high speed game of cat and mouse.

“It takes a lot of energy for us to be positive and resilient in these times. We also need soft places to land, to breathe, to reconnect with ourselves, and to nurture our souls. Warm Valley does this for me.” Magnus Hjorth’s sensitive intro on the Duke Ellington classic sets the scene for this intimate duo.

“This year, I celebrate 25 years since “Introducing Kristin Korb” was released with my mentor, Ray Brown. Ray opened the world to me through that CD. He inspired me in so many ways and challenged me to always bring my ‘A game’. I will be forever grateful. While I feel like I’ve made my own path musically, Ray is still a big part of it.” Ray’s influence is heard in the foot stomping opening track Come Rain or Come Shine. His spirit returns again in the final track Summer Wind.

Korb closes the project with a tip of the hat to her life now in Denmark. Summer Wind was originally recorded in German and Danish before Johnny Mercer set his text to the music. The bonus track Sommervind has her singing in Danish, but it swings just the same.

“What If?” and “Why Not?” were released as independent digital releases. In conjunction with the digital release of “Why Not?”, Korb and company are releasing the hard copy as a double disc compilation: “What If / Why Not”.

“The trio is burning throughout this swinger as Kristin’s elongated phrasing and superior vocals connect with you, dear listener, to tell a great love story.” Sounds of Timeless Jazz