Inspired by the storytelling of one of America's greatest lyricists, Johnny Mercer, Kristin includes several of his biggest hits and then takes a voyage of discovery into unpublished texts that Mercer never made into songs. 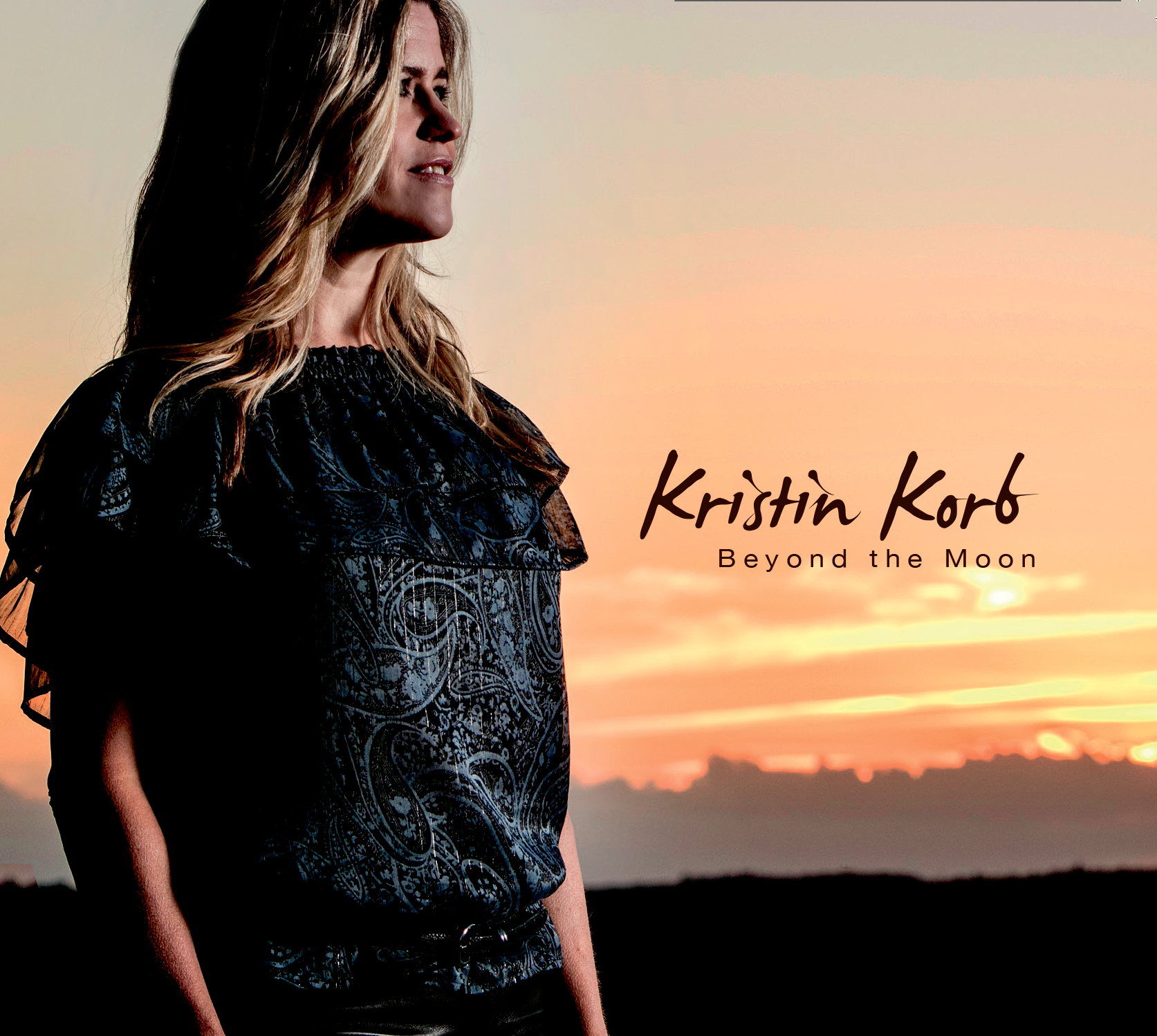 NORDIC DYNAMIC
DISK UNION - JAPAN
Release Date: November 16, 2016 | Label:DoubleK Music
There are few bassists who can sing and there are even fewer who can do it well. Kristin Korb is one of those artists who make you forget that she is playing the bass when you hear her crystalline voice. Inspired by the days when music was romantic and made you want to dance, Kristin and her trio embody that spirit and carry their audiences along for the ride. Love eventually brought the American bassist and vocalist to Denmark in 2011.

In November 2016, Korb releases her eighth CD, Beyond the Moon. Inspired by the storytelling of one of America’s greatest lyricists, Johnny Mercer, Kristin includes several of his biggest hits and then takes a voyage of discovery into unpublished texts that Mercer never made into songs.

Kristin’s performances of all eleven songs thrive on elements that she and Mercer have in common; reverence for melody; phrasing and inflection influenced by the blues; understanding of the relationship of harmonies to tunes and words. In making songs of orphan texts from the Mercer archive, Kristin and Magnus Hjorth, the pianist in her trio, evoke Mercer’s powers of rhythm and rhyme. They and drummer Snorre Kirk comprise a working group in high demand in Europe, where they live, and in their US tours.

Kristin Korb – bass & vocals
Magnus Hjorth – piano
Snorre Kirk – drums
“Kristin Korb is a jewel of jewels. The bassist and vocalist commands both of her instruments with panache, engaging them simultaneously with an ease comparable to breathing. Although Beyond the Moon is her eighth disc, in some ways it feels like her first. Not because it lacks evolution, but because it leaps with such wide-eyed conviction. Jadedness is a stranger in the Land of Korb.” Tyran Grillo, All About Jazz

“The performances on this album are impeccable. Kirsten Korb plays and sings superbly showing total command of both her instruments. Magnus Hjorth and Snorre Kirk show themselves not only to be the perfect accompaniment for Korb however shine in their own right throughout the entire album. Beyond the Moon is an album that will certainly appeal to a wide audience of jazz lovers. – highly recommended. Andrew Read, JazzinEurope.com

“Here’s a little gem to start the year off from bassist/vocalist Kristin Korb”  Don Albert, Artslink